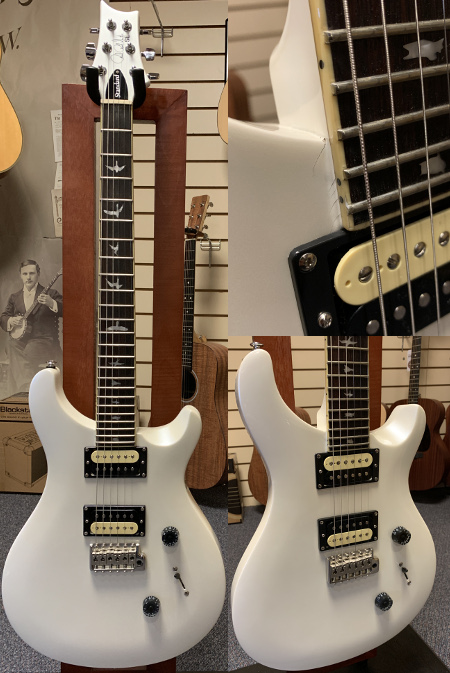 The Standard 24 is B-Stock direct from PRS is has some slight finish cracking around where the neck meets the body which is pretty cosmetic and doesn't affect the tone or playability of the guitar, give us a call or email for anymore information or detailed images/h3>

Since 2001, the SE Series has been offering incredible quality and great tone at affordable prices. The introduction of the SE Standard models represents a significant extension of the SE Series into the 500GBP price point. The goal of the SE Series has always been to provide a quality instrument to players of all levels - one that would not fight the player, but encourage him or her to start and to keep playing. PRS is proud to extend this promise to an even more attainable price point with the SE Standard lineup.