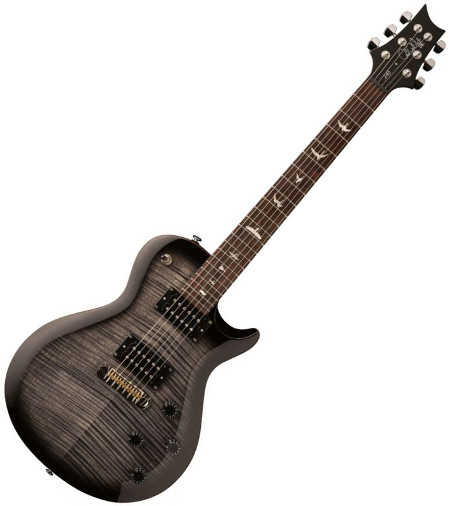 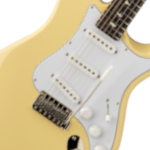 Based on the SE Mark Tremonti, designed and built to Mark's specifications, the SE Tremonti Custom trades a mahogany body and neck for a figured maple top and maple neck, providing a new aesthetic and feel for this popular model. The addition of trem-up-rout to the PRS designed tremolo bridge (previously only available on the Core Tremonti model) is also a welcome addition. The Tremonti Custom continues to feature two humbuckers, each with their own volume and tone control, and a three-way pickup selector on the upper bout.

The main wood used on the body of this guitar is mahogany which is widely used for guitar bodies and necks. Mahogany provides prominent overtones and a rich midrange and works extremely well paired with the Maple Cap as it emphasises a sweet and clear high-end. As well as this it has a set glued neck design so the neck is glued into the body rather than bolted on this helps give greater sustain and resonance from the headstock to the bottom of the body.

The PRS SE Tremonti pickups provide the guitar with a highly articulate and thick tone with the maple making the guitars Highs clearer and cut through the mix much better. The pickups in this guitar will suit most styles of music but really shine which it comes to the Rock and Blues area they are really crisp sounding and treble based due to being matched with a maple cap and a maple neck.

PRS SE Tremonti Custom - Talked about my Mark Tremonti Himself